THE MONSTER CATCHERS are LOOSE and available in a bookstore near you! I'm getting the best response from kids who have already read it. Man you kids read fast! Check it out and let me know what you think.

​A big thank you to the Westwood Plaza Barnes & Noble for hosting a book signing for me on 4/20/19. So great to talk to kids about monsters and their favorite books. My favorite assistant handled the monster ball display. 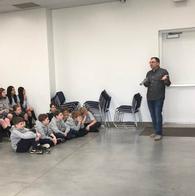 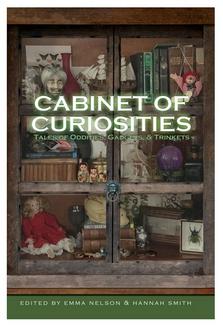 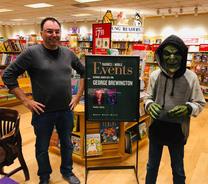 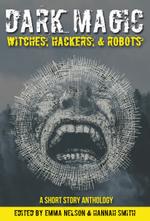 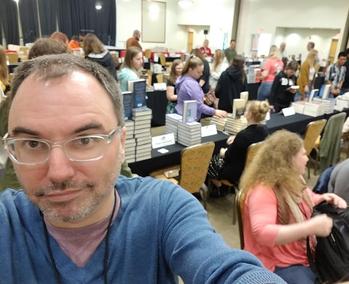 I have a new short story out titled I CARRY MY FAMILY EVERYWHERE. It's about a young man charged with safekeeping his family's house of souls, although he can't resist letting a few out. You'll find it in CABINET OF CURIOSITIES, the new short story anthology out by Owl Hollow Press. Check it out along with 21 other great stories. 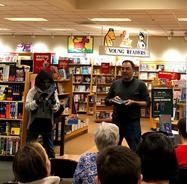 I couldn't have asked for a better book launch (3/16/19). My sister Monica Jordan certainly helped make this possible. I spoke to the kids at Charlottesville Catholic School about fantasy stories like Harry Potter and Star Wars and how YOU can make the stories in your head come to life. I also read at Barnes & Noble and hosted a monster trivia contest! 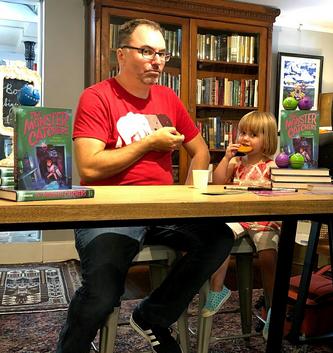 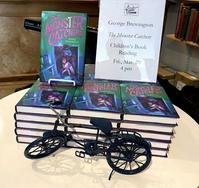 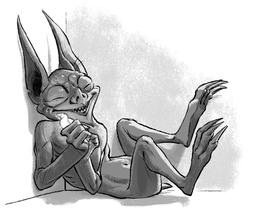 Charleston's favorite indie bookstore Blue Bicycle Books hosted a Release Party for THE MONSTER CATCHERS (3/29/19). I met some kids who had already read the story and created some cool fan art! Goblin Tim played spooky background tunes until he was overthrown by Goblin Empress Ellie. 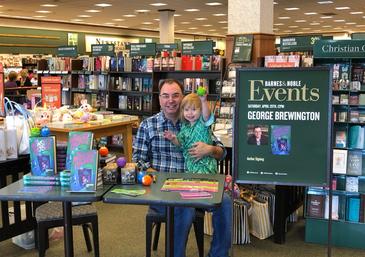 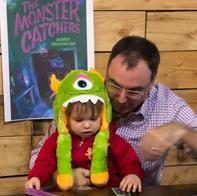 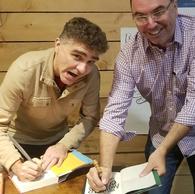 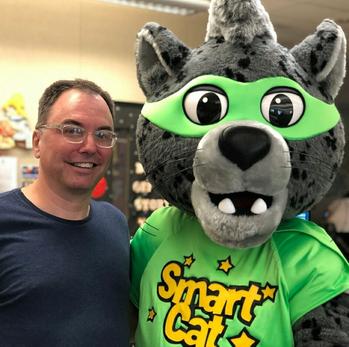 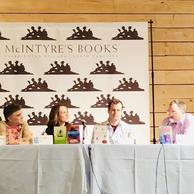 The 2019 SOKY Bookfest was so much fun! It was great to have so many wonderful children's authors in one place. I think I handed out more than 200 Monster Catcher bookmarks and I signed a few t-shirts. These kids treated us authors like rock stars, which is how it should be. 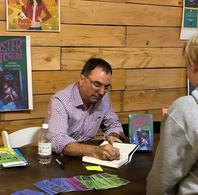 The Whirlikids Bookfest in Pittsboro, NC (3/9/19) was so much fun! I introduced THE MONSTER CATCHERS and was on a panel with fellow novelists, Carlos Hernandez, Ally Condie and Brendan Reichs. We discussed our favorite reads, the characters that scare us the most, and debated the merits of birthday cake. What a great first stop for my first book tour! 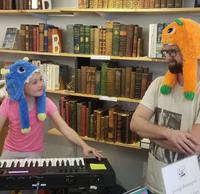 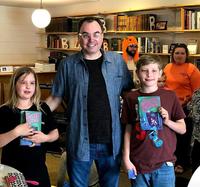 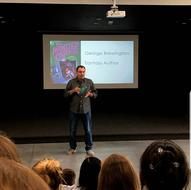 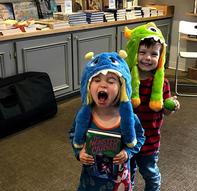 I just love E. Shaver Bookseller. It's the most picturesque bookstore in the southeast, right in the heart of Savannah's historical district. I spent a Saturday there signing books with the help of my favorite assistant. Also, there were cookies.

The Charleston Main Public Library had such a great kick-off for their summer reading program. All of Charleston's mascots (there are a bunch) showed for the event. Smart Cat is as cool as you would expect. I read a bit from The Monster Catchers, too!